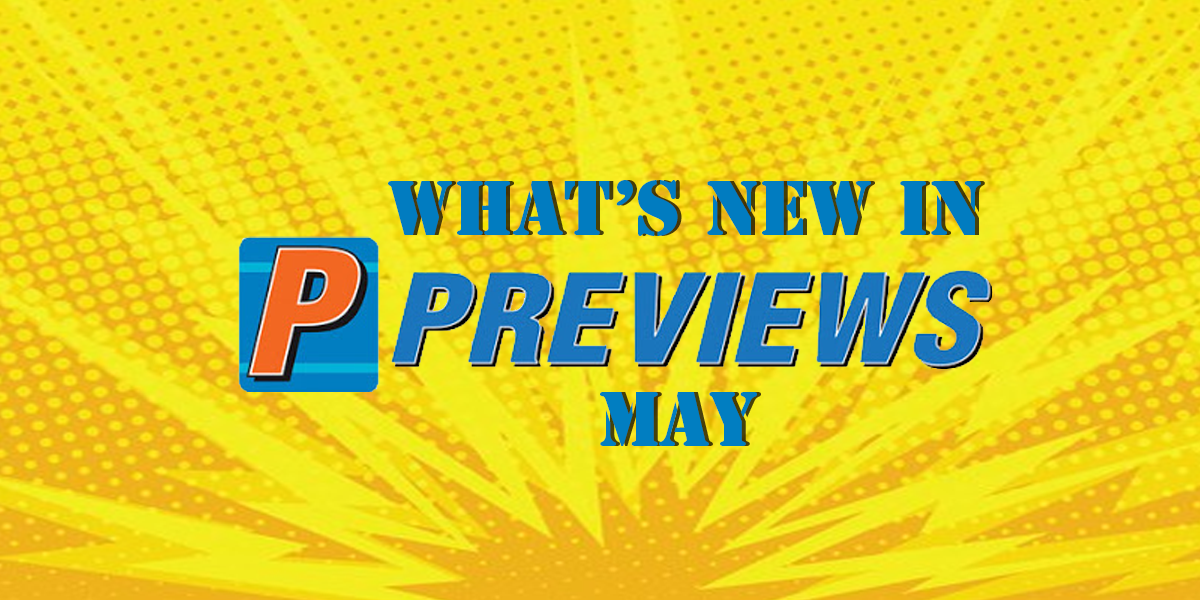 Below is a Sample of the exciting new items available for order in May. Items will ship in July and beyond.

Superstar writer Chip Zdarsky joins legendary artist Jorge Jimenez to define a new era in Batman! Bruce Wayne is at a turning point, haunted by dreams of a dark future, while Gotham City billionaires are being gruesomely murdered. With the discovery of an archenemy’s involvement and a tragedy unfolding, the Dark Knight’s nightmares are just beginning. Failsafe starts here. And in the backup, there’s chaos in Gotham as the underworld fights over one of its crown jewels…and Selina Kyle is caught in the middle. Can she stop the bloodshed and maybe even make a little money in the process?

After the events of Trial of the Amazons, Artemis is on the run from her sisters for her sins. She may say it was all in the name of peace, but not even Wonder Woman believes a word she says. Now the former member of the Bana-Mighdall is wanted by not only her people, but all Amazon tribes! Is there a future for a warrior who has destroyed her past? Find out as Artemis travels the world searching for answers and a new path forward. She’ll need all the help she can get, and it may come from the unlikeliest of sources…the Gods!

Queen Perdita has been kidnapped! Mysterious armored assailants have snatched the Vlatavan royal out from beneath Bowhunter Security, leaving Green Arrow and Black Canary poisoned and comatose in the process! Now a rallying cry echoes around the globe, and across super-teams, to band together and rescue Perdita! Young Justice co-creator Greg Weisman and Christopher Jones bring you an action-packed follow-up to Young Justice: Phantoms that will rock the team to its core! Plus, each issue includes a bonus story detailing previously unseen adventures from past seasons of Young Justice!

In Gotham City, heinous acts of violence occur daily. Harley Quinn, forensic psychiatrist, consults with the GCPD on its worst cases. But one unsolved murder still haunts her—her roommate was the last victim of the notorious serial killer known as The Joker. Five years later, that case remains unsolved, and as Harley’s past and present cases collide, she must decide how far she is willing to go. Joker/Harley: Criminal Sanity introduces readers to a Joker and Harley Quinn unlike any they’ve seen before, utilizing forensic psychiatry, behavior analysis, and psychological profiles to create a true-to-life take on these iconic characters that is more terrifying than any psychotic fantasy. This collection includes issues #1-8, Joker/Harley: Criminal Sanity – Secret Files #1, and an all-new story from the Harley Quinn 30th Anniversary Special!

The mutants are Deviants. Eternals are coded to correct excess deviation. The mutants are eternal, Mars colonizers, ever-spreading. Eternals know what they should do. Our heroes don’t want to, but can they resist the murderous designs coded into their body as surely as any Sentinel? And if they can’t, can anyone survive the coming judgment?

THE SECRET ORIGIN OF THOR – REVEALED! They are the defenders of the dawn of time. Marvel’s first and mightiest legacy heroes. But their greatest secrets have never been revealed. Until now. Witness the dark events that shatter their ranks. See how their lives come to shape the entire future of the Marvel Universe. And be there for the monumental event that reunites them one last time: the true story of Thor’s birth.

AN ALL-NEW ERA OF DAREDEVIL STARTS HERE! After the shocking events of DEVIL’S REIGN, what is left of DAREDEVIL? Who lived, who died, and who is left to pick up the pieces? CHIP ZDARSKY and his superstar collaborator MARCO CHECCHETTO turn their gaze to a future full of peril and pain, in this – the explosive beginning of an all new era for Hell’s Kitchen’s guardian devil, and the most important DAREDEVIL issue of the year (until next month.)!

Shuri’s incredible journey! T’Challa’s genius sister always believed she was destined to be the Black Panther. And when T’Challa unexpectedly falls, Shuri may get her chance – if she can survive it! While T’Challa recuperates, Shuri must prove herself worthy by braving the deadly Panther rituals. Though when their father’s killer, Ulysses Klaw, returns with a plot that will spill blood from the Savage Land to New York, Shuri must turn to some unexpected allies for help! Then, when disaster strikes, it’s T’Challa’s turn to fight for Shuri – but a journey through the Wakandan spirit plane will soon change her forever. Plus: Sister and brother unite to face the monstrous threat of the White Gorilla Cult! Collecting BLACK PANTHER (2005) #2, BLACK PANTHER (2009) #1-6, KLAWS OF THE PANTHER #1-4, BLACK PANTHER (2016) #1 and #8-11 and BLACK PANTHER: LONG LIVE THE KING #3-4.

SERIES PREMIERE
Writer HANNAH ROSE MAY makes her comic debut with rising-star artist JUSTIN MASON for an all-new series with DECLAN SHALVEY.
The Purge meets Scream in a home invasion thriller that follows disenfranchised TV superhero actress Maisie Wade as she is terrorized by an unhinged group of intruders cosplaying her day job’s archvillains. If Maisie is going to survive the night, she’ll need to be the hero she has come to despise.
GENRE Action & Adventure, Horror, Thriller

The Purge meets Misery in a twist on the classic slasher tale where a celebrity’s biggest fans can become her biggest foes.

MINISERIES PREMIERE
The hit team behind THE FEW and THUMBS returns with an all-new WILD AS HELL miniseries! Writer SEAN LEWIS (KING SPAWN), artist HAYDEN SHERMAN (Wasted Space), and rock-star letterer HASSAN OTSMANE-ELHAOU introduce a world where Deadwood-style Westerns collide with the fantasia of NEIL GAIMAN in the story of Dirt, a man seeking vengeance for his murdered wife with nothing but a talking vulture to prod him on. ABOVE SNAKES is a fast and furious explosion of Western tropes and American vengeance that explores where our rage can take us.

Gunslinger Spawn is a man out of time, lost in the future and in search of a way back to his past. He has many scores to settle with those who’ve done him wrong, but after he’s thrown headfirst into a far greater conflict-one concerning the fate of humanity-he finds his revenge might just have to wait for a bit.

“Shadowman. Punk Mambo. Eternal Warrior. Doctor Mirage. The supernatural protectors of the Valiant Universe unite for the very first time to stand against a terrifying ancient threat. No one is safe as Exarch Fane has his cold hands on the Book of Shadows.

Master of horror Cullen Bunn and rising star artist Riccardo Latina present BOOK OF SHADOWS, a supernatural event that forms a brand-new team in the Valiant Universe… but will they be enough to stop Exarch Fane’s wrath?”

A Diamond Select Toys release! The Sentinel of Liberty joins the Marvel Gallery line of dioramas! As seen in the very first episode of “Marvel’s What If…?”, Captain Peggy Carter charges into action in this all-new Gallery Diorama. Cast in high-quality PVC, this sculpture stands approximately 10 inches tall and features detailed sculpting and paint applications. It comes packaged in a full-color window box. Designed and sculpted by Paul Harding!

“We protect the vulnerable, and deliver justice.” – Marc Spector

Marvel Studios is bringing Moon Knight, one of Marvel Comics’ most complex characters, to life in the highly anticipated series. Struggling with multiple personalities and amoral inclinations, Marc Spector fights on against all odds as the cloaked avenger Moon Knight.

Celebrating the entry of this incredibly cool character to MCU, Hot Toys is delighted to present the Moon Knight Sixth Scale Collectible Figure, a screen-accurate figure that will make a formidable addition to your Marvel collection.

Embark on a globetrotting adventure with the new Moon Knight figure today!

For More Cool Stuff Check Out The May Previews Catalog,