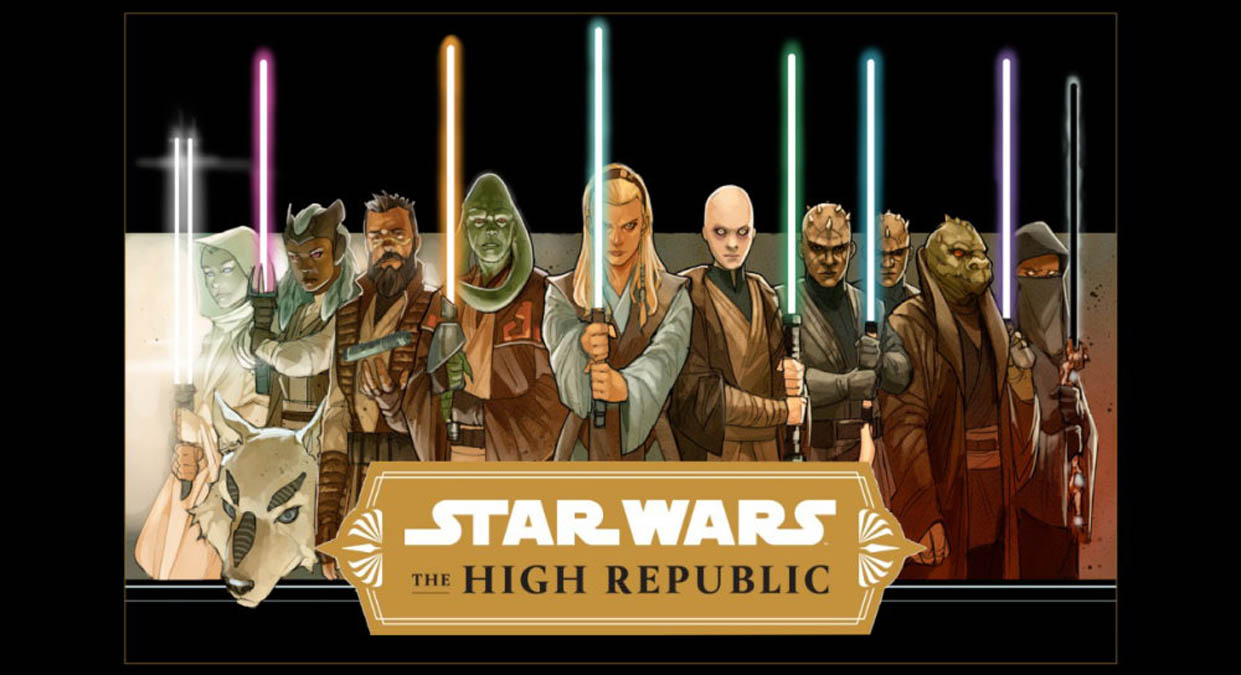 Last year I had talked about the secret publishing event in works at Disney called “Project Luminous”. At the time aside from a list of authors and publishing companies little was known about it. Lots of rumors swirled on the internet assuming it would be a new time in the Star Wars Saga. Many suspected it would take place in the Old Republic era as that is a very popular time with fertile material to pick from in what has become relabeled Legends (formerly Expanded Universe).

Now the curtain has been pulled back and we know the project is a multi-year cross publishing event taking place in the High Republic era. This is a previously unexplored time so creators are not bound to any real expectations from previously published materials.

So what is the High Republic Era? It takes place 200 years before the events of the Skywalker Saga. The Galactic Republic has relative peace and this is a golden era for the Jedi, presenting them as true keepers of peace and justice. As the Republic expands into the Outer Rim the Jedi act almost as marshals of the Old West exploring new territory, meeting new races and civilizations and of course meeting new threats to the galaxy.

Creators Claudia Gray, Daniel José Older, Charles Soule, Cavan Scott, and Justina Ireland posed the question “What scares a Jedi?” The answer comes in the form of the Nihil, a band of anarchistic marauders that sound a bit like space Vikings having the motto of “You can’t take it with you, but we can take it from you.”

Everything kicks off in August starting with the novel Light of the Jedi by known Marvel Comic writer Charles Soule (Star Wars: Poe Dameron, Star Wars: Darth Vader). This book will reveal an event known as “The Great Disaster” that will ripple through the other 2 novel and 2 comic series.

Coming from IDW Publishing will be Star Wars: The High Republic Adventures by Daniel José Older. This will probably target a slightly younger audience the same way Star Wars: Adventures has. It follow the adventures of two Jedi Padawan, named Farzaza and Luca.

Then Marvel Comics will be publishing an ongoing series called Star Wars: The High Republic by Cavan Scott (Star Wars: Vader’s Castle). This comic book will be set on a new space station in the Star Wars universe called Starlight Station. The comic will deal with the ramifications of the Great Disaster.

I am personally looking forward to meeting these new characters, exploring fresh space, and seeing what the future of Star Wars might look like without any hindrance of past characters or events. Except maybe Yoda, he’d be around 700 years old so maybe we will see him.

For more details check out this video.