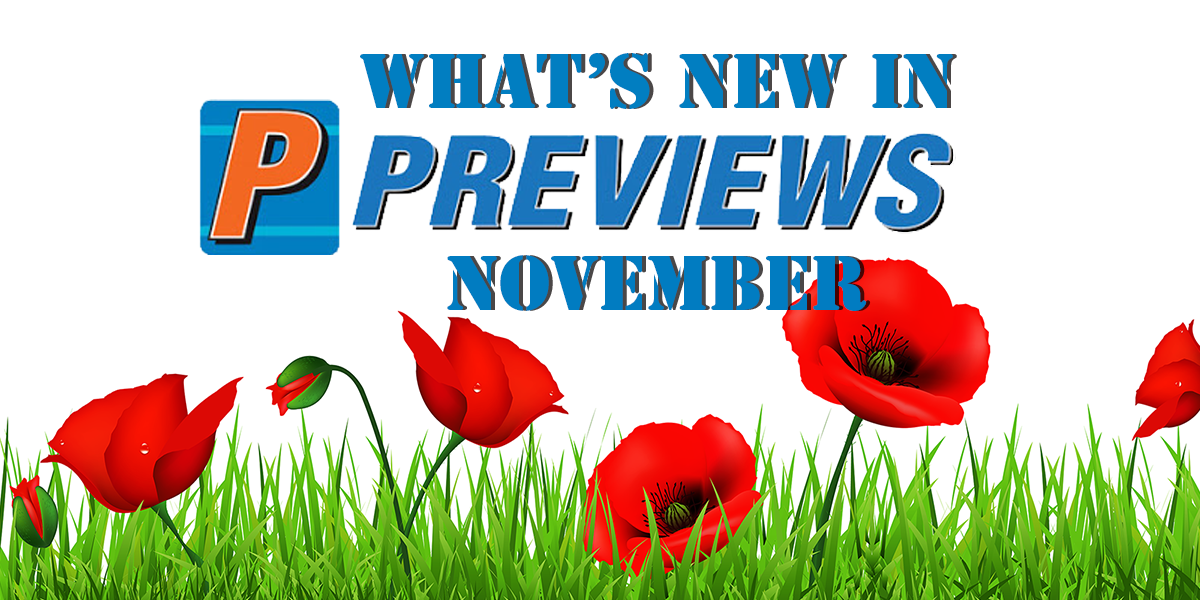 Some great romances are destined to be. The Batman/Catwoman series shows readers the romance between Bruce Wayne and Selina Kyle as it changed over their lives, but what about their connections from before they became costumed adventurers? This special one-off issue, meticulously illustrated by John Paul Leon (Batman: Creature of the Night), traces the life of Selina Kyle from her earliest days to her entry into the criminal underworld, and reveals that Bruce was actually a presence in her life all along. Whether it was fate or coincidence, this story gives even more reasons why Selina and Bruce’s connection is one of the most enduring love affairs in comics.

PEACEMAKER DISTURBING THE PEACE #1 CVR A

The breakout character from The Suicide Squad gets his own tale of peace ahead of the upcoming HBO Max TV show! Long before joining the Suicide Squad, Christopher Smith, code name Peacemaker, meets with a psychiatrist—a woman dangerously obsessed with his bizarre and violent past. From his tragic childhood to his military service overseas to his multiple missions with Special Forces, Smith has more than his share of skeletons in the closet. But who’s actually analyzing whom? And will this trip down memory lane result in yet more fatalities? Garth Ennis and Garry Brown delve deep into Christopher Smith’s history of violence, and reveal what might bring peace—or not—to the Peacemaker.

Everyone who was invited to the house knows Walter—well, they know him a little, anyway. Some met him in childhood; some met him months ago. And Walter’s always been a little…off. But after the hardest year of their lives, nobody was going to turn down Walter’s invitation to an astonishingly beautiful house in the woods, overlooking an enormous sylvan lake. It’s beautiful, it’s opulent, it’s private—so a week of putting up with Walter’s weird little schemes and nicknames in exchange for the vacation of a lifetime? Why not? All of them were at that moment in their lives when they could feel themselves pulling away from their other friends; wouldn’t a chance to reconnect be…nice? Don’t miss the first collected edition of 2021’s smash-hit horror sensation—so you can be all caught up when The Nice House on the Lake returns with issue #7!

The next pulse-pounding chapter in the saga of New York City’s Guardian Devil, this time starring ELEKTRA as Daredevil! Joined by Rafael De Latorre, Chip Zdarsky continues his landmark run and the DAREDEVIL story that spins directly out of the shocking revelations in the pages of DEVIL’S REIGN! Elektra is the world’s deadliest assassin – and she’s taken a vow not to kill. Someone puts themselves directly in her path with deadly consequences. What else would you expect from the MARVEL UNIVERSE’S GREATEST HUNTER?!

ELSA AND THE FAMILY BLOODSTONE! Who better to defend Earth from magical invaders than monster hunter ELSA BLOODSTONE?! Elsa is the best there is at what she does – tough, skilled and clever enough to handle any problem…except her brother, CULLEN. They have issues, and they’ll have to put them aside not only to protect Earth but also to welcome the latest addition to the Bloodstone clan: their long-lost SISTER! Her awesome set of powers and unique Blood gem have placed a target on her back, and the worst horrors from beyond this realm are on the hunt.

Enter the pages of the Darkhold! For hundreds of years, scholars, heroes and villains alike have searched for the complete text of this terrible tome: the Book of the Damned, penned by the elder god Chthon. Now, at long last, one of the greatest sorcerers in the Multiverse has found the Darkhold – and Chthon has found him. To save all of existence, the Scarlet Witch must gather the world’s greatest heroes…and unleash their inner darkness. Because the only way to stand up to the forces unleashed by the Darkhold is to go insane! Witness the Marvel Universe’s descent into madness! Collecting THE DARKHOLD: ALPHA, BLADE, WASP, IRON MAN, BLACK BOLT, SPIDER-MAN and OMEGA.

On a seemingly normal August day in Boulder, Colorado, the skies are clear, and Honeysuckle Speck couldn’t be happier. She’s finally moving in with her girlfriend Yolanda. But their world is literally torn apart when dark clouds roll in and release a downpour of nails-splinters of bright crystal that shred the skin of anyone not safely under cover. RAIN makes vivid this escalating apocalyptic event, as the deluge of nails spreads across the country and around the world, threatening everything young lovers Honeysuckle and Yolanda hold dear.

SERIES PREMIERE! ALL-NEW series created by ROBERT KIRKMAN (THE WALKING DEAD, INVINCIBLE, OBLIVION SONG) and Chris Samnee (Daredevil)! Owen Johnson’s journey to China to learn about his birth parents eventually leads him to a mysterious Shaolin Temple. The students there study to rediscover the Fire Power, the lost art of throwing fireballs. A power they claim will be needed soon to save the world. Will Owen Johnson be the first person in a thousand years to wield the FIRE POWER?

SOMETHING IS KILLING THE CHILDREN SLAUGHTER PACK (BUNDLE) #1

* Don’t miss your chance to own the new, special editions of the entire “Archer’s Peak” saga that launched the phenomenon Something is Killing the Children in the first of three “Slaughter Packs.”

* Contains Something is Killing the Children #1-5 by Eisner Award-winning writer James Tynion IV (The Department of Truth, The Nice House On The Lake) and artist Werther Dell’Edera that first introduced Erica Slaughter and the Order of St. George to the world.

Now that college is over, English graduate Ben Cook is on the job hunt looking for something…anything…related to his passion for reading and writing. But interview after interview, hiring committee after hiring committee, Ben soon learns getting the dream job won’t be as easy as he thought. Proofreading? Journalism? Copywriting? Not enough experience. It turns out he doesn’t even have enough experience to be a garbage collector! But when Ben stumbles upon a “Now Hiring-No Experience Necessary” sign outside a restaurant, he jumps at the chance to land his first job. Plus, he can keep looking for a writing job in the meantime. He’s actually not so bad in the kitchen, but he will have to pass a series of cooking tests to prove he’s got the culinary skills to stay on full-time. But it’s only temporary…right?
When Ben begins developing a crush on Liam, one of the other super dreamy chefs at the restaurant, and when he starts ditching his old college friends and his old writing job plans, his career path starts to become much less clear.
Watch things start to really heat up in the kitchen in this queer YA debut graphic novel, written by Jarrett Melendez, illustrated by Danica Brine, colored by Hank Jones, and lettered by Hassan Otsmane-Elhaou.

Prepare space for this truly stunning figure among your special Marvel collection!

“Do you think that what makes a Loki a Loki is the fact that we’re destined to lose?” – Sylvie

After her shocking reveal at the end of Marvel Studios’ Loki Episode 2, Sylvie Laufeydottir is now one-half of a mischievous duo as a variant of the Trickster God himself. Sylvie is the extremely capable and dangerous variant who just happens to be another version of Loki.

Sideshow and Hot Toys are expanding the Loki collection with the Sylvie Sixth Scale Collectible Figure. It’s time to meet the female variant!

Beautifully crafted based on the appearance of Sophia Di Martino as Sylvie in the series, the figure features a newly developed head sculpt and blond hair sculpture with incredible likeness, elaborate and intricate costume with screen authenticity, highly-detailed weapon and accessories including Sylvie’s blade, prune stick with interchangeable ends, tempad, reset charge device and effect, Time Door backdrop and a themed figure stand.

Dress up your timeline display with the Sylvie figure

For More Cool Stuff Check Out The November Previews Catalog,