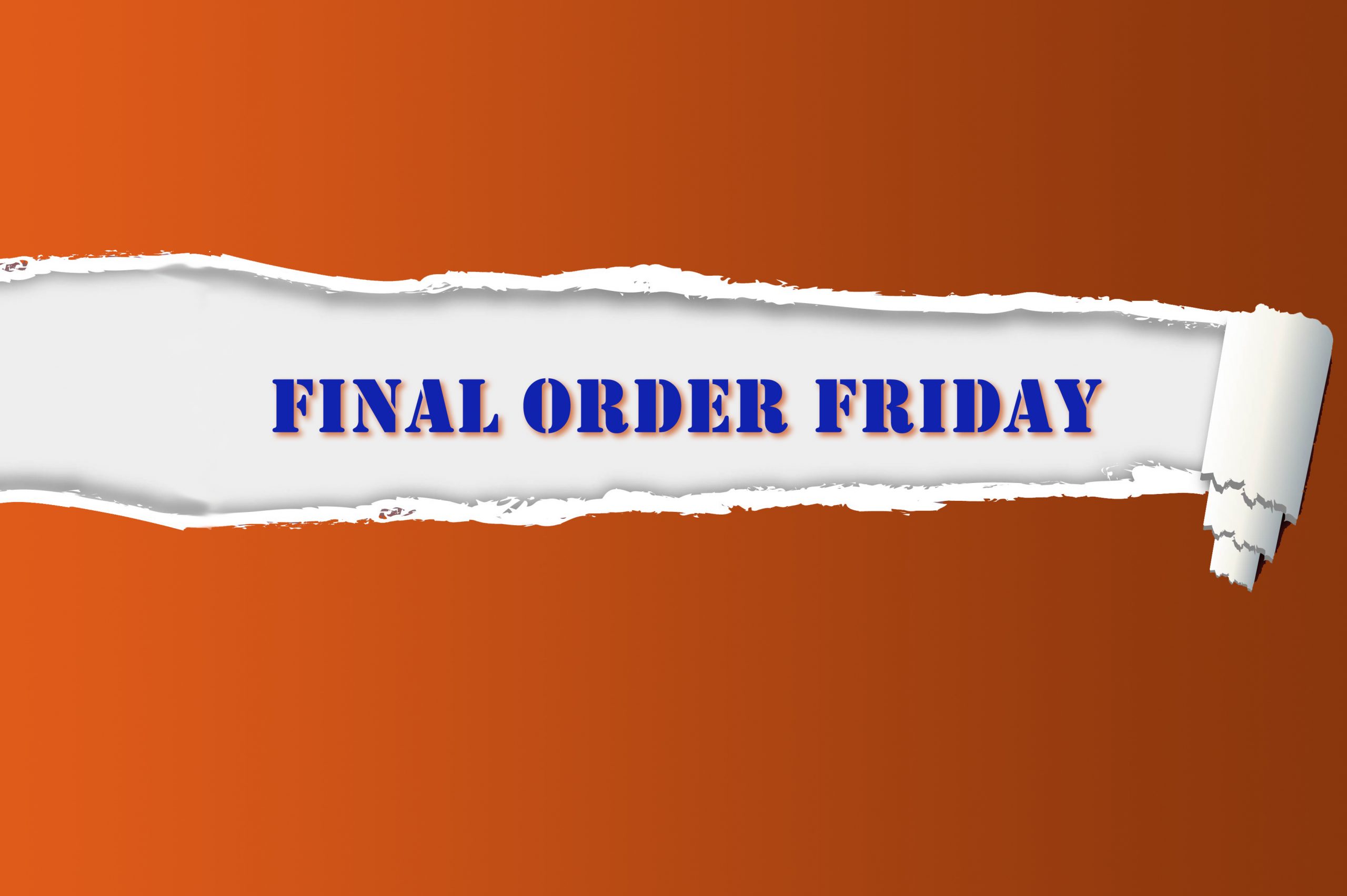 Throughout the week many items are added to Previews and other distributors before the printed catalog comes out or before our customers hear about them.  Often those items have a Final Order Cutoff, which is the last date we can order to ensure the item comes.  To help keep you aware of new items coming out, each Friday we will feature a few items of interest to ensure you don’t miss out!

From Lin-Manuel Miranda’s Pulitzer Prize and Tony Award-winning musical Hamilton, your favorite characters are about to take the stage as Pop! Vinyl Figures! Each Pop! Vinyl Figure measures approximately 3 3/4″ tall.

Unleash the horrors of Ravenloft in this campaign sourcebook for the world’s greatest roleplaying game.

Terror stalks the nightmare realms of Ravenloft. No one knows this better than monster scholar Rudolph Van Richten. To arm a new generation against the creatures of the night, Van Richten has compiled his correspondence and case files into this tome of eerie tales and chilling truths.

Discover the mysteries of Ravenloft, mist-shrouded lands where infamous Darklords lurk among ageless vampires, zombie hordes, cosmic terrors, and worse. Then make your choice. Will you create your own Domains of Dread, settings to host endless terrifying adventures? Or will you join the ranks of haunted heroes who embrace macabre lineages, dual-edged Dark Gifts, haunted subclasses, and other forbidden powers?

Van Richten’s Guide to Ravenloft contains everything you need to craft a horror-themed campaign for Dungeons & Dragons. Unleash a treasure trove of new story hooks, character options, and campaign customization to bring one of the most exciting Dungeons & Dragons settings to life!

From Hasbro Toy Group. Fans, collectors, and kids alike can enjoy these 6-inch-scale figures, inspired by some of your favorite villains from Marvel entertainment!

From Hasbro Toy Group. Wrecker has brute strength that makes him capable of lifting a clone gunship without any help. His muscle and size are matched only by his temper… and an equally pronounced sense of humor. The 6-inch-scale The Black Series Wrecker deluxe figure is detailed to look like the character from Star Wars: The Bad Batch, featuring premium detail and multiple points of articulation.