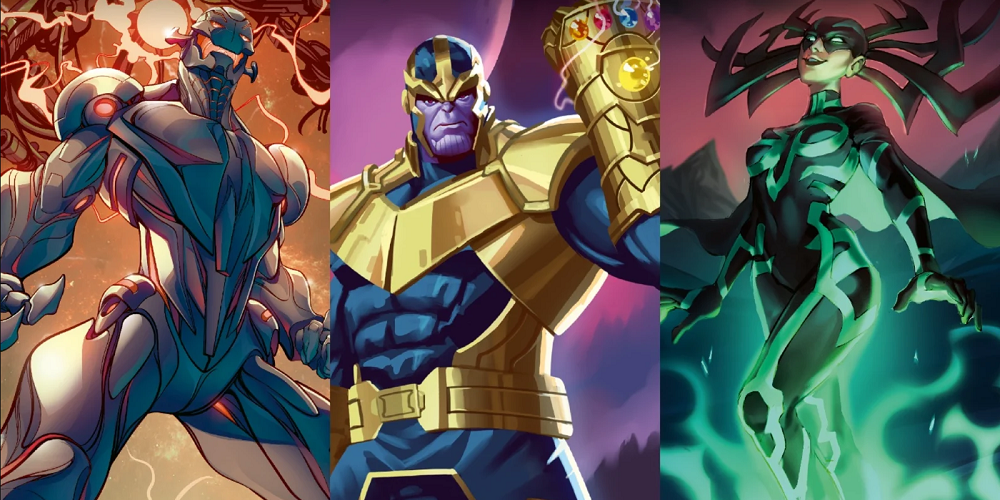 The idea of taking one thing and adding another popular thing isn’t a new idea in entertainment.  Over the years we’ve seen lots of movies, TV show, and video games merge two properties for great effect.  A few board games have been doing it for years too with countless versions of Monopoly, Risk, Munchkin, and Fluxx just to name a few.  Recently we’ve started to see more board games that had never had a “reskin” (the process of taking a game and applying a new theme to it while largely leaving the mechanics the same) get that treatment.  Some I am really excited for as both new theme and old mechanic should play well to each other.

This is my top 5 reskinned board games that are coming out later this year.

First up is a redo of the popular 2009 territory building game Small World.  In this iteration we see Days of Wonder team up with Blizzard to bring the hit video game World of Warcraft to our table tops in Small World of Warcraft.  The races of the Alliance and the Horde – including Orcs, Dwarves, Trolls, Worgen, and more will clash for control of Azeroth.

Like the original races will be combined with special powers, but now they are drawn from the Warcraft universe giving us combinations like Portal Mage Pandarens or Herbalist Goblins vying to control legendary terrain and powerful artifacts.  Which races will fall into decline and which will become the true ruler of Azertoth!

As a former WoW player I’m looking forward to this one. I think the merging of this property with the game mechanics makes sense and could bring interest to the game from a group that may have never played the original.

Next we take a look at a new version Splendor (2009), which is a set collection and card drafting game.  In this version the gems are replaced with Infinity Stones and merchants are replaced with Marvel Super Heroes like the Hulk, Vision, and Captain America.

I have not been able to find a great deal of information on this one yet, aside from the theme change and some slight tweaks to the rules.  I’m a Marvel fan but am unsure how this theme will add to the game, so I’m holding judgement til I see it hit the table.

This one might be the reskin I am most looking forward to!  Betrayal at House on the Hill (2004) is one of my favorite games. It’s exploration, co-op, and simple rules make it easy to get to the table for any gaming group.  While it has been reskinned once with a D&D theme for Betrayal at Baldur’s Gate (2017) I think this could be a stand out game for the series.

Grab your scooby snacks and get ready to explore as Scooby-Doo, Shaggy, Velma, Daphne, or Fred.  Just like in the original you’ll explore a spooky mansion, this time looking for clues (replacing omens) as to what is really going.  Once enough clues have been found the Haunt will be triggered and one player will become the Traitor taking on the role of the Monster.  The game comes with 25 haunts based on popular Scooby Doo episodes and movies.  This version is geared towards a slightly younger audience making it a great family game to add to your collection.

The next reskin is of the hit game Disney: Villainous (2018).  Again, we see Marvel used to re-theme a game, but this one makes total sense to me. Marvel: Villainous will let you play as Ultron, Hella, Thanos, and 2 more to be announced villains.

You’ll move your villain to different locations in your realm, taking actions, and attempting to ruins others plans from a shared Fate deck. This version will include three different play modes to  scale the difficulty and duration of the game. I’m eager to see who the other villains are and hope that we might even be able to cross this over with the Disney version to see Malificent take on Thanos!

Our last reskin almost feels like the franchise could have started here with Zombicide (2012) getting a Night of the Living Dead treatment!  This stand alone entry in the series is based on the George A. Romero movie of the same name.

In this version players will take on the role of movie characters holed up in the house as the dead come to life around them.  Survivors will have to work together to fend off the ghouls (as they were called in the movie) and complete tasks while trying to keep their paranoia of each other in check.